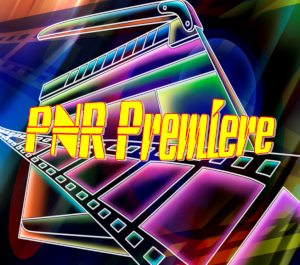 Not a show per se, but a series of ongoing dramatic presentations - audio, video, hybrid - often including the entire PNRNetworks family and special guests!

PNR Premiere first started to come into being in June 2017, when PNRNetworks webmaster and founder TC Kirkham got the idea to do something special for the 10th anniversary of the release of the found footage kaiju film “Cloverfield“. What was planned as a one-off project has now spawned this new You Tube exclusive series of dramatic specials.

Several times a year, PNRNetworks and their group of crazies get together to bring our loyal listeners, viewers, and readers a new original dramatic presentation. With two already in the bag and three more planned for 2019, it’s going to be fun.

“Manhattan Hammerdown: As It Happened” was our first dramatic presentation. Using a series of fictional radio news broadcasts and Emergency Broadcast System bulletins, it tells the story of what else was going on in and around the New York area on the night Clover came to town. Written by TC Kirkham and performed by the entire PNRNetworks family and special guests, this 10th anniversary tribute to “Cloverfield” was nearly six months in the making from writing through its’ official premiere on January 18 2018.

It was followed up with PNRNetworks’ interpretation of the classic H.G. Wells story “The War Of The Worlds” released in conjunction with a whole host of anniversaries – the 80th anniversary of the 1938 Mercury Theater of the Air version starring Orson Welles; the 50th Anniversary of the original 1968 production done by WKBW-AM Buffalo New York; the 40th Anniversary of the 1978 release of “Jeff Wayne’s War Of The Worlds” musical interpretation; and (try to follow this one…heh heh) the 30th anniversary of National Public Radio‘s 1988 50th Anniversary tribute to the 1938 Welles version (got that?). We put our own spin on things, taking elements from the various versions produced over the years, and put together a fine little production of it, with a few unexpected twists and turns along the way to make it our own. Our version, adapted by TC Kirkham from the original Wells book, as well as inspirations from the Howard Koch script for the 1938 and 1988 productions and Jefferson Kaye’s script for the 1968 production, debuted on October 30 2018.

More original dramatic presentations are coming; in addition to an expanded edition of War Of The Worlds coming this October, two more original presentations are planned for this year, one for late May and another for later in the year. And we hope you’ll check them out and spread word of them to all your friends!

MANHATTAN HAMMERDOWN: As It Happened