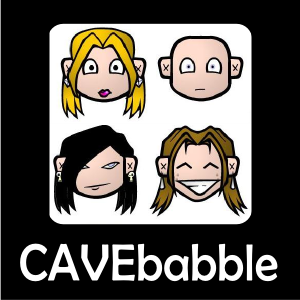 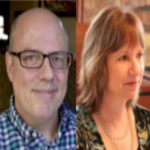 Could be a movie discussion. Could be a trip across the country. Could be an odd thing to eat. The CAVEbabble Podcast shares the loves and lives of Eric, Valerie, and occasionally their entire family.

Cavebabble originally launched as a way for co-host Eric Lyon to spend time with his then-teenage daughters Amber and Courtney, documenting their video game play, talking about the latest movies, and more. Eventually they were joined by Eric’s wife and present co-host Valerie in their discussions.

Now, over ten years later, both daughters have grown up, and Eric and Valerie have continued on with the podcast, now focusing on their love of movies – especially the bad ones – and occasionally they’re rejoined by the rest of their family.  And along the way, CB has developed their own laid-back, extremely cool vibe. When they’re not talking movies, they’re off jaunting around the countryside on another recorded road trip (their travelogue shows are ALWAYS fascinating), or trying out insane things that are supposedly edible, and more. And all in all, you’ll quickly find yourself getting hooked on the show’s offbeat sense of humor, and all the crazy and quirky goings on therein!